Before policy is set in stone, ask young people: ‘Is the Gig economy a liberating new form of self-employment or a new form of exploitation?’.

A Gig economy represents an environment in which temporary positions are common and organisations contract with independent workers for short-term engagements. Surprisingly little is known about the realities of ‘gig work’ and there is a growing need to reflect on how society deals with these changes in a manner that protects and educates vulnerable young people.

By involving vulnerable youth in policy making processes, young people are given the opportunity to adopt leadership roles and develop competences, gain skills and practical experience which will lead to more effective decision-making in their lives in the future. Involving youth is about recognizing the benefits youth offer to organizations and whole communities.

Youth in the lead

The whole idea behind the gig economy for its supporters is that individuals – who work as freelancers and do not sign any stable contract of employment – can sell their work on a task to task base. Depending on where one is looking at, the gig economy represents either a promising economic model which would enable individuals to unleash their full potential and to be more creative as freelancers; or it is a temporary and unsuitable ideal which needs to be regulated by competent policymakers before too late?

With all policy makers on topic of the gig economy, rarely youth themselves are asked about their opinion on this topic.

The specific context that Giggin’ Policy addresses is the framework of the gig economy. Labour market dynamics are shifting rapidly driven by technological progress and globalization. At the same time, what young people want is changing. They are working longer, learning more and seeking a better balance between work and home. Not everyone wants to engage as a full-time employee and more and more organizations don’t want that either. The ‘Monday-Friday 9-5 job for life’ has moved on and much of the jobs growth over the last 10-15 years has occurred in non-traditional, alternative ways of working. Giggin’ Policy facilitates knowledge generation about the gig economy and shares, discusses and develops effective methods to address the risks and opportunities of the gig economy that young people are facing.

The element of innovation in the Giggin’ Policy project are best reflected in the three implementation work packages the project entails:

Municipality of Leeuwarden, The Netherlands 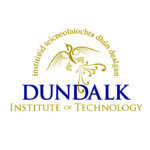 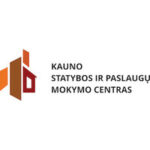